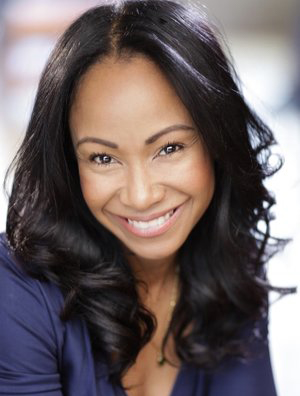 Angella is the founder of Soleco and Rekamniar Frontier Ventures (“Rekamniar”). Rekamniar co-developed one of the largest solar plants in the Caribbean and the largest in Jamaica (51 MWp). Prior to this, Angella worked at Goldman Sachs in the Merchant Banking division (Principal Investment Area) in London and New York.

Prior to joining Goldman, she worked as part of the portfolio team at Sterling Stamos, a private investment management firm specialized in alternative and multi-asset investment solutions. She began her career as a Business Analyst at McKinsey & Company in New York.

Angella has served as an advisor to Helios Investment Partners, a $3.0 billion private equity fund based in London focused on investments in Africa. She has also served on the Board of Directors for GK Capital Management, the financial advisory and investment arm of the GraceKennedy Group, and currently is a Director of PanJam Investment Limited, GK UK Foods, and JN Money Services, a subsidiary of the Jamaica National Building Society.

Angella has travelled to 70 countries and lived on 3 continents. She is a keen motorcyclist, classical pianist, and has her private pilot license. She has also climbed 3 of the 7 summits.

Sam has 8 years of experience with renewable energy projects, specialising in solar photovoltaics and energy storage. As the Head of Energy Storage and previously Energy Yield Team manager at RINA Consulting (formerly OST Energy) he had technical oversight of over 2GW of energy yield analysis work on a broad range of solar power projects around the world.

He has worked as an Independent Engineer and project manager on technical due diligence for ~1GW of large scale ground mounted solar PV projects globally.  Additionally Sam has project managed due diligence and development support for over 500 million GBP of residential and commercial rooftop photovoltaic projects within the UK, encompassing EPC and O&M technical contract schedule drafting, technical design and component reviews, process evaluation, operational analysis and energy yield studies.   Sam has experience in all aspects of the project development process with extensive experience in advising investors on technical project risk; he is therefore well placed to advise on development risk and ensure bankability of projects. Sam holds a Master of Physics (MPhys) degree from the University of York.

Sheldon is the Project Development Associate at Soleco Energy. During his nine years of experience in project engineering and management, Sheldon was instrumental in the completion of over 18 major projects. Previously, he worked as Project Engineer at Total Jamaica Limited, where he spearheaded the completion of several multi-million dollar projects, including the construction of Jamaica’s first solar-powered service station.

Prior to this, he worked at N.O. Whyte and Associates Ltd. where his project engineering skills were cemented through his role as Design Engineer. In the pool of projects completed, was the Port Antonio, Water, Sewage, and Drainage Project stage 1, which was awarded Project of the Year in 2015 by the Jamaica Institute of Engineers (JIE).

He holds a BEng. in Construction Engineering from the University of Technology Jamaica (UTech). He describes himself as a puzzle-piecer and is an avid gym-goer. Fuelled by his passion for renewable energies, Sheldon envisions a world that is reliant on renewables as the main energy source.

Sandrine is the Administrative Head of Soleco. Previously, she held positions supporting senior executives in Merchant Banking at Goldman Sachs for 18 years. Prior to working at Goldman Sachs, Sandrine also supported senior executives at L’Oréal and worked in publishing and import / export industries. She is also involved with Greenhouse Sports, a London charity that uses inspirational sports coaching and mentoring to engage young people and improve their life chances.

Sandrine is a keen traveller, photographer and a qualified swimming coach.

Mr. Stephen Facey is the Chairman and Chief Executive Officer of PanJam Investment Limited.  He has over 35 years of experience in architecture, real estate development and management, and private equity investing.

Mr. Facey leverages his expertise through PanJam’s investments in real estate.  In 2012, PanJam invested in the special purpose vehicle created to develop a Courtyard by Marriott in New Kingston, the first international-branded hotel constructed in the area in 30 years.  Currently, PanJam is redeveloping the former Oceana hotel in Downtown Kingston.

Mr. Facey is the Chairman of the C.B. Facey Foundation, the charitable arm of PanJam. 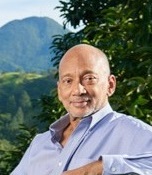 The Hon. Douglas Orane joined GraceKennedy Ltd in 1981, as Corporate Planner and held several senior leadership positions throughout the Group culminating in his appointment as CEO of GraceKennedy Limited from 1995. In 1998 he was appointed Chairman of the Board of Directors and held the position of Chairman & CEO of the Company until his retirement as CEO in 2011 when he assumed the transitional position of Executive Chairman until June 30, 2012. He served as non-executive Chairman of the Board of the Company from July 1, 2012 to December 31, 2013 when he stepped down from that position. Mr. Orane retired as a member of the Board of the Company in July 2018.

An engineer by training, Mr. Orane holds a degree in Mechanical Engineering from Glasgow University. He is also a graduate of the Harvard Business School where he earned a Master’s degree in Business Administration. He was appointed a Baker Scholar, an honour reserved for those placing within the top 5% of the graduating class.

In 2002, the Jamaican Government named him a Commander of the Order of Distinction (C.D.) in recognition of his contribution to commerce and the private sector. In 2009, he was appointed to Jamaica’s Privy Council by Governor General, Sir Patrick Allen.

He continues in the philanthropic footsteps of previous GraceKennedy Chairmen, lending his active support to the company’s programmes for inner-city residents and youth, and to strengthening educational institutions at all levels throughout the country. He is a Trustee of his alma mater Wolmer’s Schools, and is passionately involved in fundraising and infrastructural improvements for the Wolmer’s Trust. He reserves time for mentoring young people in life skills and entrepreneurship. He enjoys international travel to garner new ideas, and to cheer for our Jamaican athletes at international meets. 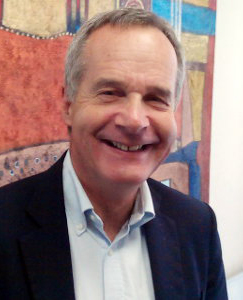 Andrew Reicher serves on the investment committees of Berkeley Energy, Catalyst Principal Partners and Energy Access Ventures Fund and has a personal portfolio of angel investments in 18 early stage energy access and rural livelihood businesses in Africa. Andrew has 30+ years of private equity investment and 10+ years of investment banking experience.

Andrew previously worked with the Commonwealth Development Corporation (CDC) and the private equity firm Actis when it was spun out of CDC, as the Chief Investment Officer, Head of the first Actis Infrastructure Fund, and later as the CEO of Globeleq; the wholly owned electricity generation company operating in Africa, Asia and Latin America. He then headed the secretariat of the Private Infrastructure Development Group, a multilateral organization working to increase private sector investment in infrastructure in the emerging markets of Africa and Asia. Prior to CDC, Andrew worked with Credit Suisse First Boston, Botts & Company and Citigroup.

Oliver was the co-founder of OST Energy, an engineering consultancy specializing in renewable energy. OST advised on over 30GW of solar, wind and biomass renewable energy projects in over 25 countries across the world with offices on every inhabited continent. In 2015, OST Energy was purchased by Rina Consulting S.P.A. where Oliver holds an advisory position.

Oliver has a thorough understanding of renewable energy project requirements at all stages of development and operation for each key stakeholder, and a clear comprehension of the market dynamics required for a renewable industry to scale successfully in a given geography. He is a skilled manager, director, and business expander, with sound experience leading and growing multi-disciplinary teams in multiple geographies.

He holds a Master of Science in Renewable Energy Systems Technology and a Degree in Electrical Engineering.

Out of work, Oliver enjoys various outdoor activities, and eating and drinking with friends and family.